Gain your Life With Our Weight Loss Clinic 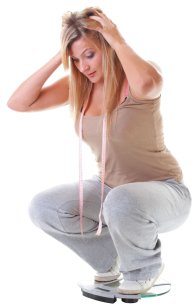 365mc Hospital is the most renowned and No 1 hospital for treating obesity and it is the best weight loss clinics in Asia. Moreover, it is the only Obesity Hospital and Weight Loss Surgical center in Asia operating for more than 11 years with 12 local centers across South Korea. 365mc Hospital is also well recognized as Center for Plastic surgery, Dermatology and the First hospital that has been certified by the Ministry of Health and Welfare for treating Obesity for its safe techniques and Liposuction.

The Best surgery for Weight Loss is considered to be the Liposuction most widely, but 365mc hospital does not only specialized in only liposuction and has developed some other techniques like Weight Loss Physical Therapy and also gastric band Surgery to reduce weight and treat obesity which ultimately makes them the best Weight Loss Clinics.

Besides Surgery, for some overweight patients, Weight Loss Physical Therapy is ideal as its ability focus on reaching possible goals which encourage the progress. As well as losing weight, the goal of the weight loss physical therapy is to restore flexibility, increase stamina, and cardiovascular activity, eliminating pain, and also balancing more issues.

In the Weight loss Surgical Center of 365mc hospital, the instrument used for suction in Liposuction is called Microair.  Tumescent Fluid will be infused into the subcutaneous Fat layer to mollify the fat stores before the Suction. As of now, we have 10 Doctors at our Seoul Clinic, and every Doctor have spent significant time in particular parts of the body. We use to fasten up strategy (sutures). Every Injection site will be around 0.5 to 1cm long. What’s more, every cut (Injection site) will be given 2 or 3 fastens.

Another best surgery for weight loss we have in 365mc is Gastric Band Surgery. Gastric Bypass and oth

er weight reduction Surgeries roll out improvements to your Digestive System to help you shed pounds by constraining the amount you can eat or by lessening the Absorption of Nutrients, or both. When Diet and practice haven’t worked or when you have genuine wellbeing issues as a result of your weight, in that case this will be the best surgery for weight loss.

There are numerous sorts of Weight-Loss Surgery, referred to all things considered as Bariatric Surgery. GASTRIC Bypass is a standout amongst the most widely recognized sorts of bariatric surgery in the South Korea. Numerous specialists lean toward gastric band surgery since it is the best surgery for weight loss for the most part has less confusion than do other Weight-Loss surgeries.

Still, all types of Weight-Loss surgery, including gastric detour, are significant methods that can posture genuine dangers and symptoms. Likewise, you should roll out perpetual sound improvements to your Diet and get normal activity to guarantee the long haul achievement of Bariatric Surgery from the  Best Weight Loss Clinics.

‘Movable Gastric Band Surgery’ is the strategy for treating Morbid Obesity by falsely narrowing the descending way and restricting Stomach consumption in the wake of embeddings Gastric Band into the part associated from Esophagus to Stomach. In 365mc Weight Loss Surgical Center, customizable Gastric Band Surgery is performed in Laparoscope rather than Laparotomy and utilizations the lap-band of Allegan Company which has been being used the longest and generally broadly.